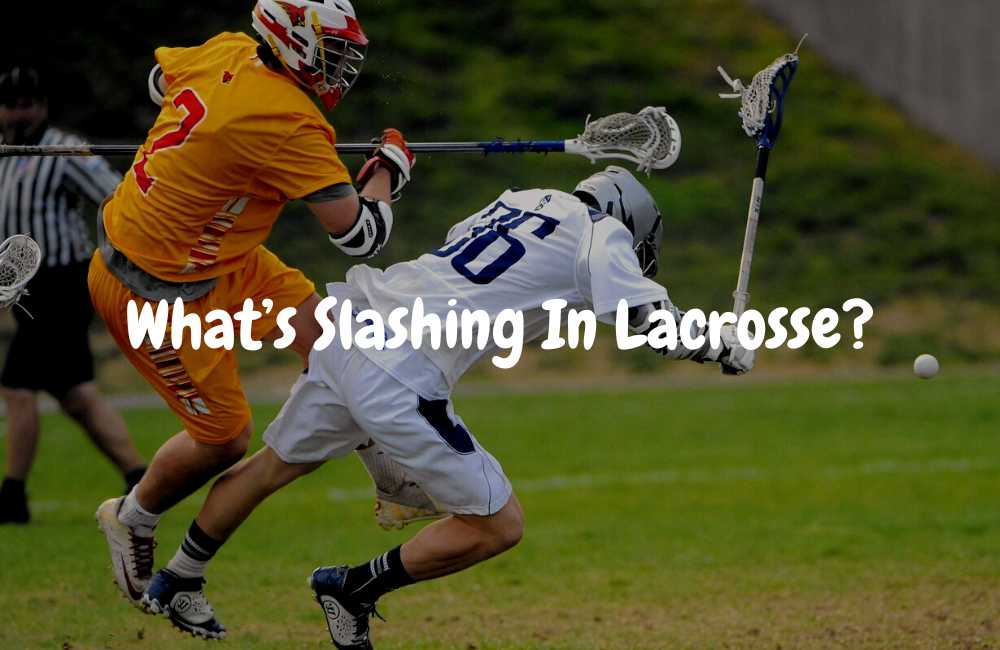 As a very fast paced sport, lacrosse players are nifty and quick. And this creates a big challenge for defensive players when they are facing talented offensive players that know to move their feet and do fades. This is why slashing is a topic we can’t ignore when we talk about defense in lacrosse, so what’s slashing in lacrosse anyway?

Simply put, slashing involves using your lacrosse stick to make contact with an opponent’s stick or body. It can be a risky move, as it can lead to penalties and even ejections from the game. But slashing is also incredibly exciting and thrilling when done correctly, as it often leads to swift goals or unexpected turnovers.

In this blog, we will explain everything out there about slashing in lacrosse. Keep reading to learn more.

Read also: What are fast breaks in lacrosse

What is slashing in lacrosse?

Slashing is when one player hits another with their lacrosse stick above the shoulders. This includes hitting an opponent anywhere on the head or neck with the shaft or blade of your stick. Slashing also covers hitting an opponent with the butt end of your stick. It doesn’t matter if the player being slashed was in possession of the ball or not or if they were trying to dodge a slash or not. If you hit them above the shoulders with your lacrosse stick, it’s a slash.

A lacrosse slashing penalty is given to a player that makes a wild or dangerous swing at the other player with their stick. This is considered a personal foul, which means an unreleased penalty; in other words, the length of time for this punishment is up to the referee’s judgment. Although lacrosse can be physical, players must remain safe. Hence this rule exists.

Why do lacrosse players slash?

Slashing is often seen as a way to get an advantage over the other team. If you can cause your opponent pain or injury, they may be less likely to want to come near you, giving you more space on the field. Additionally, if a player knows they can get away with light tapping or hooking without being called for a penalty, they may be more likely to do so in order to gain an advantage over their opponent.

What are the consequences of slashing?

If a player is caught slashing, they will be given a personal foul and will have to sit out for two minutes. This means that their team will have to play one player down for two minutes, which can be a big disadvantage. Additionally, if a player accumulates four personal fouls in a game, they will be ejected from the game and will not be allowed to return.

The officials will usually stop play when a slash is committed and award the other team a free clear attempt from where the slash happened. If the player who was slashed was in possession of the ball at the time of impact, that team will be awarded a free shot attempt from 12 yards out.

If neither team has possession of the ball at the time of impact, then play will resume from where the ball was when play was stopped. The team who committed the slash will be given a 30-second penalty if they are already in one. Otherwise, no penalty is assessed.

When it comes to penalties in lacrosse, be sure to know what yellow flags mean

Here are some examples of plays that would be considered slashing:

There are two main types of penalties in lacrosse: technical and personal. Technical fouls are minor infractions that usually result in a loss of possession or a free shot. Some examples of technical fouls include offsides, holding, interference, crease violation, and illegal Substitution. Personal fouls are more serious infractions that often result in players being ejected from the game. Examples of personal fouls include unsportsmanlike conduct, dangerous play, misconduct, fighting, and swearing.

A foul is any infraction that results in a player being removed from the game for an extended period of time—usually two minutes or more. Some examples of fouls in lacrosse include slashing, cross-checking, spearing, elbowing, and tripping. If a player receives three fouls in a game, they will be automatically out of the game. So it’s important to keep your cool on the field and avoid committing too many fouls.

Cross-checking is similar to slashing, but instead of using the stick to hit another player, the player uses their body. This often happens when two players are jostling for position, and one uses their body weight or shoulder to push the other player away. Cross-checking can be just as dangerous as slashing and should be avoided at all costs.

This is when a player hits an opponent with his or her body in a way that is not allowed by the rules. It’s considered a major offense and results in a five-minute penalty.

Roughing is a physical foul that occurs when a player hits another player with too much force. This can happen during a check when one player tries to dislodge the ball from another player’s stick or even after the whistle has blown. Roughing can lead to serious injuries, so always playing fair and within the rules is important.

Unsportsmanlike conduct is any behavior considered unsportsmanlike or unbecoming of a lacrosse player. This can include swearing, taunting, trash-talking, or any other kind of derogatory language or behavior. Illegal conduct can also include things like intentionally delaying the game or arguing with the referee. If you find yourself getting angry or frustrated on the field, take a step back and calm down so you don’t do anything you’ll regret later.

This is when a team delays the game by purposely wasting time or preventing the other team from taking their proper position on the field. It’s considered a minor offense and results in a one-minute penalty.

Read also: To improve as a player, check out the Benefits of Watching Lacrosse Film (Be A Better Player!)

So now hopefully you know what’s slashing in lacrosse. While slashing can give players an advantage on the field, it also comes with consequences like personal fouls and ejections from the game. Even though avoiding penalties & fouls may seem difficult at first, just keep practicing, and you’ll eventually get the hang of it.

If you have any specific questions regarding this, be sure to drop a comment or check out the lacrosse community on Reddit. 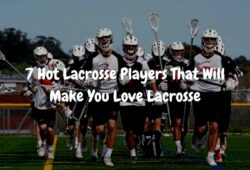